Book Review of The Forsaken by Laura Thalassa 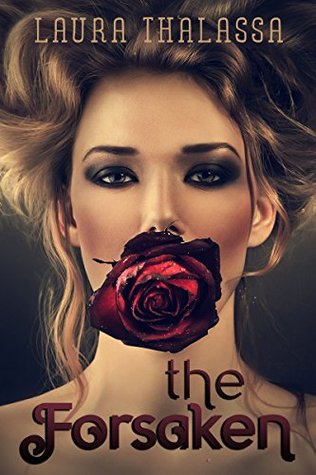 Goodreads Summary: Since her Awakening, seventeen-year-old Gabrielle Fiori has known the devil wants her as his own, and that when she dies, he’ll finally lay his claim. Evading death should be easy. But when a prophecy linking her to the lord of the underworld is leaked, supernaturals—both good and bad—come together for one purpose: to kill her, the girl they believe is the anti-Christ.
Andre de Leon, Gabrielle’s soulmate and the king of vampires, will do anything to save her from a fate that’s been predestined for thousands of years. Even if that means killing. Even if that means dying.

But Gabrielle harbors a secret: death is only a matter of time. The magic that flows through her veins, changing her from human to vampire, is killing her. Her heart is slowing, her lungs strain for breath, her body sickens. The world has forsaken her, and unless fate can save her, she’ll be damned to hell and the devil that waits for her.

And this time, it’ll be for good.
Goodreads Ratings: 4.24 stars with over 822 ratings
Genre Listing: Fantasy, Paranormal, Romance, Vampires, Young Adult
Get the Book: Amazon, Book Depository
Previous series reviews: The Cursed, The Coveted, The Unearthly

It looks like I lied. Whoops. I believe in my review of The Cursed; I said that I didn't have much interest in reading The Forsaken. I hope no one took that seriously. I started reading this pretty quickly. I spent most of the yesterday evening in bed reading it. I finished it last night but was too tired to put any thoughts up.

This may come as a shock, but this might have been my favorite book in the series. Given the concept of them being on the run, I didn't think I'd enjoy it very much, but I did. I felt that Andre and Gabrielle both seemed more vulnerable in this one. There was a lot of new and exciting characters. It still seems a little ridiculous with having every mythical creature ever discussed in this series, but it's growing on me.  I will say, the one good thing about all these characters is that it makes me want to bring more variety in my reading. For example, I think it'd be cool to read a story on the fates.

I felt like the Devil seemed a little flat in this one. Yes he's still after her and creepy, but it just seemed pretty routine at this point. I think given the circumstances the next book should pick up quite a bit, though. I have a feeling the next one will be pretty dark, which I'm all for.

One thing I liked was that Gabrielle and Andre's relationship didn't bother me in this book. I don't know if I'm used to reading about it or what, but I didn't do any eye rolling or gagging about their relationship.

Oliver and Leeanne made an appearance in this book as well. I was glad to see Leanne back, and I think that she and  Gabrielle grew closer in this book. Oliver went back to annoying the hell out of me, which was disappointing.

I don't feel like I've commented much on the scenery and details of this book, which is a failing on my part. These books are relatively short (200-300 pages each) but there is a lot of good detail in these stories. Everything has a creepy vibe to it, and it's dark and twisted with a lot of gore, which is pretty much my bread and butter for reading. The darker and more twisted the better!

I'm not going to give any false pretenses about if I'm going to read the fifth book in the series. I totally am. I downloaded it last night and had been wanting to dive in all day.