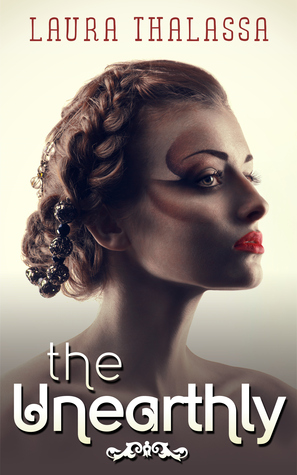 Goodreads Summary: The first time I was declared dead, I lost my past. The second time, I lost my humanity. Now I’m being hunted, and if I die again, my soul is up for forfeit.

After enrolling in Peel Academy, an elite supernatural boarding school on the British Isles, the last of the sirens, Gabrielle Fiori, only wants to fit in. Instead, the elixir meant to awaken her supernatural abilities kills her.

When Gabrielle wakes up in the morgue twelve hours later, something wicked is awakened in her, something even the supernatural community has never seen before. Now the only person who can help her is Andre de Leon, the community's infamous bad boy and the king of vampires.

Yet even his help can’t prevent the repeated attempts on Gabrielle’s life. Someone is after her, and they will stop at nothing to end her short existence. Only Gabrielle cannot let that happen now that her soul hangs in the balance because she may have met the devil. And he wants her. Bad.

There are currently a lot of thoughts and feelings going on in my head over this book. I'll try to sort them out the best I can. Truthfully, I want to hate this book, but I can't. I'll start with the first part of the summary. "The first time I was declared dead, I lost my past. The second time, I lost my humanity. Now I’m being hunted, and if I die again, my soul is up for forfeit." This statement is all I read of the description. I was sold just by those few sentences. I don't think this translated in the book to the extent I was expecting it. I just never really got the impression that her soul was up for grabs. Like I guess it was implied, but it never actually said that it was. There was just a lot of hunting her because of what she was.

As with most YA books, the romance annoyed me. It was comparable to Twilight/ 50 Shades romance. The main character is all of 16 years old, and being pursued by the original vampire, who is like 700 years old. He's overprotective, controlling, and kind of a jackass. At one point and time, Andre kidnaps Gabrielle because she stood him up for a date. Apparently, that's what does it for her, because she's SOOOOOO in Luv with him after that. I hate myself for spelling love like that, but it's appropriate for the story. So for a good chunk of the story, you hear about how perfect Andre looks, and how jealous-fit-inducingly beautiful Gabrielle is. *Gag*.

I would say character-wise; this book is pretty typical for books of this length and drama. The main character is a bit conceited, doesn't think about her actions, boy crazy, super beautiful but kind of a loner. She has two best friends, one who is overly caring and ready to go through flames for the main character, who doesn't even act like she gives two rips about the best friend. The other is this mega-flamboyant sassy gay guy who likes to design clothes. It was overdone, and I honestly got ticked off that the author made Oliver's supernatural being a fairy. I felt like Gabrielle and Leanne were both mean to him about this. It just felt like Oliver's presence was some awful joke to the author. It made me kind of sad/upset.

For the most part, I enjoyed the set up of the book. I thought that Gabrielle going away to a supernatural school was interesting, and I enjoyed how each of their powers was an unknown that had to be awakened.  I liked the concept of a Vampire Siren combination, but I thought the addition of being a soulmate was just over the top and cheesy. The siren powers were interesting, but it almost seemed a little too sexual for the age. That and the fact that Andre was a friend of her father is just creepy. That being said, the history of her parents was interesting.

It probably doesn't seem like it, but I did enjoy the book. Despite my dislikes for some of the content, it kept me interested. It was a quick read that I've had on my Kindle forever, and I wanted to read more and more. I've already downloaded the second book, and I'll probably read it next. My only reason as to why is that I'm a sucker.