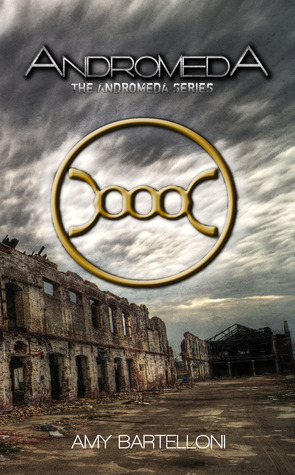 Goodreads Summary: Ten years after a pandemic swept the globe, survivors were forced into factions and camps in order to survive.
Jade and Sera are two orphans who have found refuge in a government camp. It's there where Jade falls in love with a young soldier, Anyon. But Anyon has his own secrets, carefully guarding the past that involves Sera. Before Jade and Anyon admit their feelings to each other the camp is attacked and they're separated.

Jade knows to lead Sera to Albany, the last free camp in the east, but the road is dangerous.

Not only must they dodge pockets of infection, but they're threatened by drifters and gangs. When they arrive in Albany, they find it deserted.

Anyon and his friend Malachi are close on their heels, but not close enough. The Provisional Government is on a mission, and no one is quite prepared for what lies ahead.
Goodreads rating: 4.38 with 37 ratings
Genre Listing: Science Fiction, Dystopia, Horror, Zombies, Young Adult
Get the Book: Amazon

I'm on a new reading mission. I have probably 200 e-books in my unread collection alone. I've found most of them for free.  I have a dangerous habit of scouring Amazon for free e-books that sound interesting, and then never reading them. I decided to change that. I'm grounding myself from buying any books until I make a serious dent in my box of books and my unread collection (I mean it this time!). I decided to start with Andromeda by Amy Bartelloni because I've been craving a Dystopian (aren't I always?)

What got me intrigued about this book was that it seemed to combine myths, astrology, and zombies. The truth is there is not much myth or astrology in it. It's discussed a little bit, but just enough to say hey they did this at camp and it became their symbol.

I think this book's length made it suffer severely. It's only 250 pages long, and I think because of that I didn't feel any emotional attachment to the characters or their situation. There were a lot of avenues in this book that could have been taken; that would have made it a lot better. Unfortunately, it was just rushed and a little monotonous. Each chapter switched between Jade and Anyon, but it needed more to signify that a character's point of view switching. It could have done with the chapters having different personalities to signify who we in the story we were following.

I really would have liked to know more about their connection to Andromeda. The book could have taken a fantasy turn here, and maybe spiced things up a little bit. Sera gets these "feelings, " and everyone just goes along with it because of Sera's unique. I need reasons to trust these feelings that make me endure myself to Sera, but sadly she seems to be just an afterthought in the book, which sucks because she seems like she should be an imperative part of the story.

The houses that Sera and Jade seemed kind of magical, and this was something that could have been explored more, and possibly further linked to Andromeda, but it was just chalked up to Sera has a feeling. Again, give me examples of these sentiments. Tell me a time when Sera saved someone's tail with these feelings, something, anything. Also was it ever discussed how Connie knew that Sera and Jade came from Cambridge? I don't think it was. I mean Connie explained how she knew who Anyon and Malachai were, but she never told how she knew about Jade and Sera.

I'm probably just repeating myself over and over in this, but the characters had no depth. There was nothing that made me want to root for anyone. I just wanted the book to be over with. I never felt like there was anything to make me feel for the characters. I didn't care that Sera had the cure, or that Anyon and Jade love each other. I need to feel things when I read. I need to be sucked into the characters world and understand them. I need to be friends with them. This book didn't have that for me. Instead, I felt like I was sitting at a table full of strangers. The strangers are having a conversation, and while I understand some of it, I just sit there nodding my head while not being included.

I would say that if this book had been expanded about 200 more pages, it would have been much better. With that extra length so much could have been done that would have endured me to the characters and their situations. Overall, it's just really hard to get an amazing story in 250 pages, which is generally why I try to stay away from anything under 300-350 pages.

Two out of five moons

Posted by Linz The Bookworm at 4:38 AM