Book Review of Heir of Darkness by Rachel Higginson 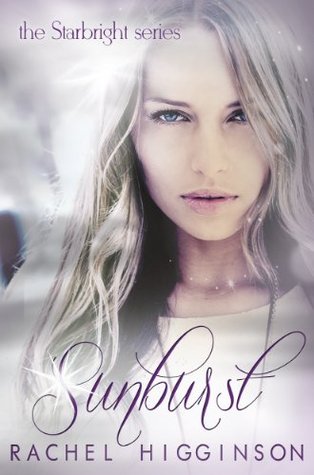 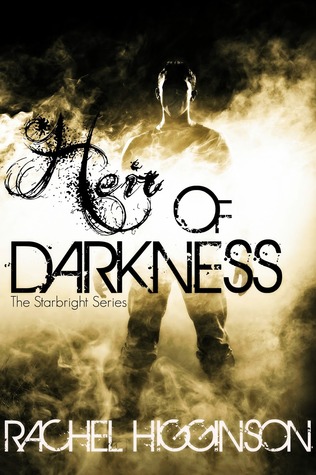 Goodreads Summary: Stella Day will one day be the Protector of Earth, but right now she’s focused on other things. Surviving high school, having a winning soccer season and balancing the two guys in her life all vie for her attention. She isn’t ready for her future or the massive destiny waiting for her.

Unfortunately for Stella, destiny isn’t patient. Stella’s life becomes complicated when the Darkness won’t leave her alone. She’s plagued by Shadows at practice and in school. Seven, Seth’s deranged sister, is stalking her. And Aliah has made it his life’s mission to destroy her before she turns eighteen and comes into the fullness of her powers.


In a risky effort to save her life, Seth makes a deal with the devil that changes everything. Suddenly, it’s no longer her own life that Stella is desperate to save. She must find a way to protect her Counterpart before he becomes the worst threat of all.
As Stella grapples with the intensity of her feelings for both Tristan and Seth, her choice might just be made for her. While the Darkness demands her attention, humanity and the high school life she loves will fade into the background as she embraces the purpose she was given and the most complicated battle yet.

This time, it’s not just her life on the line, but her heart as well. Choosing which boy to love might not mean a happily ever after. Choosing between Seth and Tristan might just lead to a heartbreak she never imagined.
Goodreads Rating: 4.37 with 171 ratings
Genre Listing: Young Adult, Fantasy, Paranormal, Supernatural, Romance, Angels
Get the book: Amazon
My other reviews of Rachel Higginson's books: Heir of Skies

Edited 12/1/2016
This teen book series went through a name change. It started out as Sunburst but then became Heir of Darkness.
I finished the first book in the Sunbright series a couple of days ago, which I found in a free book omnibus, and had to move on to book two instantly. I have mixed feelings about the second one, sort of. My small issue is that there could have been some better editing. There was a lot of typos and wrong wordage. I can look past it, but it's still annoying.
On to my big issue. What is the deal with stories lately where the primary love interest is a controlling douche-nozzle to the point where it's abusive? Seriously Stella Day, you weren't sure what you felt for Seth, and then when he sells his soul and becomes borderline abusive, that's when you decide you love him? If you were real, I would slap you, no joke. Every scene where she and Seth are together after he agrees to the contract made me angry. I was hoping he'd get a sword through the chest in this book. I was more Team Tristan in the first book. The relationship with Seth seemed forced in the first book, and now it seems forced and abusive in the second book. -_-
Anger aside, I still like the story and want to see where it goes. I just want her to be done with Seth, alas I know that's not going to happen. I am however glad that Jude was introduced to the story. Even though he's Fallen, I like him. I hope we get more information about him in the third book. If there were ever a side book about him and his adventures as a Fallen, I'd read it.
I'm glad that the love triangle is done in this one, or at least, I hope it to be. It served its purpose without being drawn out too long. I was worried it was going to be ALL about that love triangle.
Overall I thought that Stella grew as a character. I hate that she's hung up on Seth, but I get that it's her purpose right now and since he's her counterpart it's going to be a big part of the story. I hate it, but I'll deal with it. I tried to go and buy the third book, but I don't think it's out yet. If anyone needs me, I'll be brooding in a corner because now I have to find new characters to get attached to.

Four out of five moons

Posted by Linz The Bookworm at 4:06 AM