Book Review of The Girl Who Went Missing by Ace Varkey 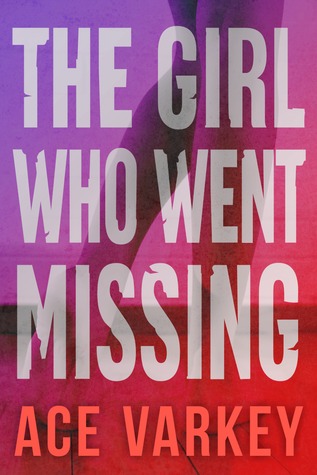 Goodreads Summary: When June Warner arrives in India to visit her sister Thalia, a trip to take her mind off her jilted engagement, she is greeted by the bright hot chaos of Mumbai but not her sister. She goes to the YMCA where Thalia is staying, only to find that she is not there.

Convinced that Thalia’s no-show is a sign that she is in danger, June begins a desperate search for her younger sister.

Police Commissioner Oscar D'Costa, scarred by the tragedies of his past, swears he will never again ignore his gut instinct when it comes to a missing girl. And with more and more dead foreign women being found in his precinct, he becomes convinced a conspiracy is at play.

Through the two worlds of American naiveté and Indian chaos, they must find the girl who went missing.

First of all, I'd like to thank Author Ace Varkey for reaching out to me and sending me a kindle copy of "The Girl Who Went Missing." I really love that this blog has given me the opportunity to connect with not only fellow readers but also authors. :)


I don't really know where I stand with this book. At first, I found it really hard to get into, and then about 50% in it peaked my interest. The interest I had kind of faded it again, but it peaked a little throughout the remainder of the book. Unfortunately, it didn't hold my interest for as long as I would have liked.

I really had a hard time connecting with this book, and the constant switching between characters really didn't help me in that matter. I also felt that there was nothing that really distinguished when it was in another character's point of view. I didn't really get many differences in personality. All of the characters fell flat for me. June was a pretty forgettable main character (The story may have been about finding Thalia, but I consider June the Main character since I actually read things from her perspective).

I'm not sure if it was because it was written in a perspective of a culture I'm not used to or what, but I just really didn't feel like the language flowed all of that well. I can't really explain my reasoning for this, I just remember being bothered by it while I read.

While it was hard for me to get into, I thought that a lot of the scenes that would have really grabbed my interest were kind of rushed. A lot of these scenes it kind of felt like the action that moved the story along was forced. I know that in a lot of places I had a few "Ugh, what?" moments while reading. It's not that it was complex, but some of the story progression didn't fit in my mind.

With all of this said, I will say that I was interested to see what had happened to Thalia. There were some things that happened that actually surprised me, which is good. I had a lot of theories in my head as to what was happening, so it was fun to try to see if I was right or not.

Two out of Five moons

Upcoming reading things: I got another crap-ton of e-books for free from Amazon, and next weekend I'm going to a mega book sale where everything is around $2. So keep your peepers peeled for a book haul. It's going to be a big one! Who knows what I'll find.
Posted by Linz The Bookworm at 11:26 PM